Here is a link to two of Princess' most recent dances .


The first is her Spring one, when she was a marshmallow. Obviously, it is ballet.

Then click on the arrow that points to the right and you will see the hip hop one from a week ago today. She was an ice skating girl and has shorter hair. She starts out far left on the stage, far right to us. 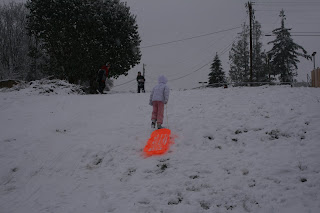 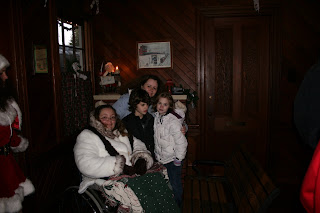 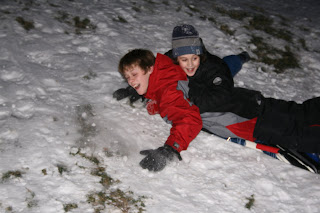 Please forgive the limited posts lately. We have had a lot going on and things are starting to calm down now. It may be a long post, it may not. Depending on how many interruptions I have! I am sure this truly WILL be muddled and all over the place:)

Vince, I have been meaning to e-mail you and the Wife, but have not really had time. I know you will eventually read this and hope you understand me not getting back to you privately. I want you to know that I appreciate all your help and input so much!

For the rest of you who do not know, Clown has been being assessed for Asperger's and just recently finished. He DOES NOT have it, which is awesome.


However, he DOES have Panic Disorder as well as Generalized Anxiety Disorder and is SO MUCH better now. It was a rough past few months.

He has always been incredibly shy and not liked leaving the house. He has improved in some areas over the years and in others he has gotten much worse. He talked early, read pretty early and had some other symptoms of Asperger's. Since he hated being around people and would hide under furniture at any social function he was forced to go to, hated loud noises, was very particular about the feel of certain clothes and will only wear one type and brand of sock, etc, etc, I just assumed he had some mild autistic tendencies. We were dealing with it all fairly well and it wasn't too much of an issue until he started sobbing all the time, saying he was light headed, going crazy, couldn't breathe, was going to die, etc etc. It was getting very scary and I found someone to help.

She is incredible and after just 5 sessions with her, he is a new little man. She has taught him deep breathing, self calming techniques, visual imagery, etc etc. We confirmed what he and I always knew ; he is a perfectionist and that does not help with his issues. It makes them worse, but he is learning to work on that.

One thing that made me sad for him is that when she tested him in various things (which he LOVED and really looked forward to, he loves any challenge as long as he does it "perfectly"...if not...look out!) he tested at high school level in most things and above high school in others. He is so advanced in his thinking but being only nine years old...poses a problem. That is a lot of what causes his attacks...he is thinking deep profound thoughts and he can't handle them and gets scared, so an attack comes on quickly. At least now we know what it is and are able to help him. 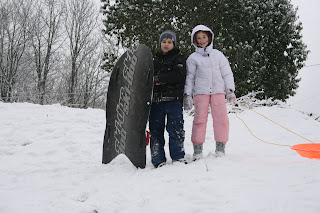 Cryptic is also now being tested for Asperger's. I will be incredibly surprised if he doesn't have it. I didn't know if Clown had it, but I knew something was wrong. When I was filling out all the forms for Clown, I was shocked at how many of the questions applied to Cryptic more so than Clown. When I showed Cryptic, he was surprised at how much it all sounds like him. Now any time he exhibits any of his typical quirks that we have always thought of as "just Cryptic", he grins and says, "It's my Asperger's!". We know he has not been diagnosed, but he is pretty certain that he has it also. I got him curious and now he has read up on it and is amazed at how it is like reading about himself. So we shall see.

My friend C is down from Canada again. I went to the airport in Abbotsford, BC to pick her up on the 3rd. She will stay until January 3rd. It is such fun having her here! If you don't recall about my lovely friend "C", please go read this and you may recall a bit. Some of you did not read my blog back then though.

Anyway, she is here and picking her up in Abbotsford was a total breeze. We are not flying her in to Vancouver again! So she and I had all these plans about shopping and all this. However, that had been put on hold.

It snowed here. Which makes it hard to go out and shop. Not because of the snow, but since it hovers around zero so much, it melts and then freezes again and back and forth. And what do we get?? ICE! Lots of ice! Stud doesn't think I should drive out there. Not so much because of me, but the other drivers. C is having a blast talking with her hubby and parents on the phone, telling them all about how funny it is that 3 inches of snow, shuts everything down. It IS pretty funny, they call it a "storm" and a "blizzard". Ridiculous! It is so pretty. I will post some photos of the kids out playing in it. Stud is taking C and I out shopping later today. We did make it to church last week and also went on "The Santa Train" last Sunday. What fun! Interesting challenge getting C and her wheelchair on board, but the people were so sweet and helpful! We have not gone since Princess was one year old...I need to look for pics of that... 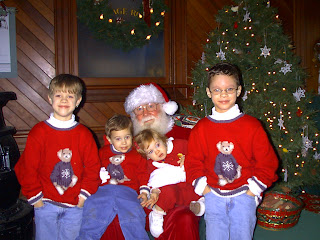 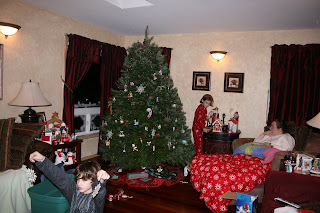 What else is happening...Princess still loves her Drama classes. Their little play will be at the end of January. She is memorizing her lines flawlessly, it is going to be so cute! I can't wait! Her holiday dance recital was last weekend and she had a blast! It is her first year doing hip hop and she just loves it. Even Jock and Cryptic commented on how great she did. Nice to see them proud of their little sister. Clown misses it because he spent four days at his friend Smiley's house. Princess was thrilled last Sunday because Jock carried her to and from the van on our way to and from church since there was snow and she had on her dress and little dainty church shoes. Wish I had a picture but Jock would not let me take one! Looked so sweet, him scooping her up and carrying her around. She threw her arms around his neck and just beamed and giggled!

I will see if Stud can put the video of her dance out here for me again. Cryptic's latin tutor has gone home to Australia for a few months, so he has to have a break from that. He LOVES Latin and is a natural at it. It takes all he has in him not to translate the other kids' stuff for them when they go around the table and translate things. His tutor has had to shush him on occasion and told him to let the other's have a chance:) He just wants to help them, they are not taking to it as quickly as he did. He will keep practising until the tutor returns home.

Jock's hockey is going well. He still loves it. Stud has mentioned possibly sending him to hockey school in Penticton, BC when he is a few years older. A friend of our's did that and he improved dramatically and had a much better chance than he would have if he had stayed here in our Association. The difference is that we would move up there WITH Jock, not just send him to billet with strangers. So I am excited about the idea of living in my home country again, even if it is not the right province:) Cryptic would be done with school by then and either living in Ireland (his dream) or going to University in Canada anyway. Yet another perk to home schooling; we can just do that and not uproot Clown and Princess from a school or something. 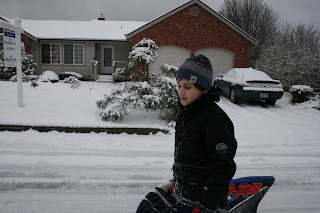 Clown took a break from Gymnastics while we were getting his issues sorted, but he is excited to start back in the New Year! When Princess is finished drama at the end of January, she will start gymnastics with her brother and they will both start swimming lessons again. It has been about four years since they have taken and I think it is time for a refresher. I wish that Jock and Cryptic had joined the swim team like the people wanted them to, but they weren't interested.

I need to get off of here and get C and I some lunch. Hope everyone is having a lovely holiday season. Jude, I wish you could have a tree:( Sorry to jump around so much, that is what happens when I leave so much time between posts, eh?? 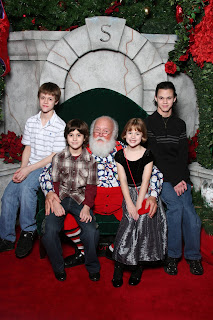